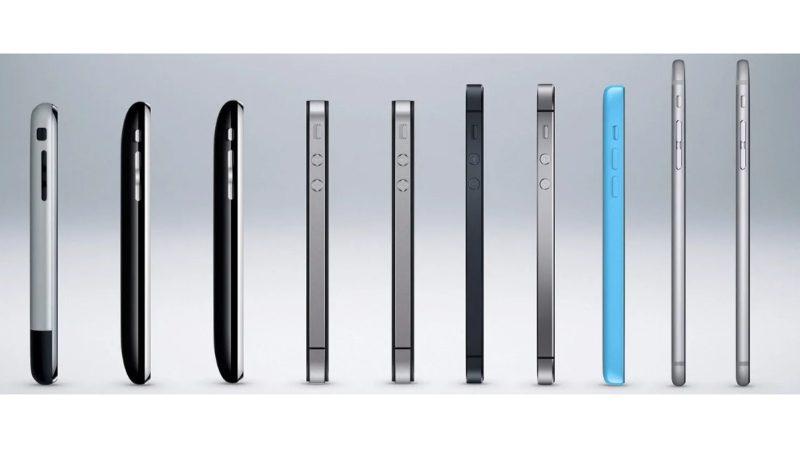 Apple’s iPhone Models are undoubtedly the greatest smartphones on the market. Thanks to their responsive performance, consistent updates for years, captivating hardware designs, excellent camera technology, and a user-friendly ecosystem. Different people have different opinions as to which Model is best. Well, here are some rankings from Afriqpulsetv.

What is an Apple iPhone?

Apple Inc. is a multinational technology firm with headquarters in Cupertino, California, that focuses on consumer goods, software, and online services while the iPhone is a smartphone produced by Apple that combines a computer, iPod, digital camera and cellular phone into one device with a touchscreen interface.

At the Macworld convention on January 9, 2007, Apple co-founder Steve Jobs unveiled the first iPhone. The iPhone has contributed to the global move to mobile computing among both consumers and enterprises even if it wasn’t the first smartphone. Its main competition has been Google Android-based handsets from manufacturers like Samsung, which were also released in 2007.

Upgrades have been made in battery life enhancements, sophisticated multi-camera capability and ongoing improvements to Apple iOS models.

How would you rate your iPhone after 14 years of the creation of the first model?

The iPhone 13 Pro Max model was announced September 14th, 2021. According to the specs, the iPhone 13 Pro Max is the best smartphone Apple has ever produced. It boasts the largest, brightest, and best display, the best camera system in it’s class, a longer battery life, good speakers, and more raw processing power than anyone will ever require or use. If you’re the type of person who must have the best of everything, this iPhone Model is for you, even though it’s expensive and heavy. Both Touch ID and USB-C are absent, and the sides are a fingerprint magnet.

Some specifications of iPhone 13 Pro Max model are:

The iPhone 13 Pro model was also announced on September 14, 2021. With the iPhone 13 versions, the difference between the Pro model and Pro Max model is smaller than it has ever been. The Pro model has the same excellent performance from the A15 Bionic chip and sleek 120Hz refresh rates on the ProMotion display and the same telephoto photography abilities comparable to those of the Pro Max model.

The 6.1-inch display and somewhat smaller form factor make it the more manageable smartphone for most people, which makes it better phone. If you require a 6.7in display, the Pro Max model is the only option that makes sense. Otherwise, the iPhone 13 Pro model, which is mainly an advancement of the iPhone 12 Pro model, is the best overall in Apple’s lineup of 2021.

Some specifications of iPhone 13 Pro model are:

Apple introduced iPhone 12 model on October 13, 2020. Since the groundbreaking iPhone X Model, the iPhone 12 model was the most intriguing new model. After the iPhone 11 and iPhone XR Model compromised on screen quality, it was also a core model that was fully top-of-the-line and uncompromised. And with the exception of the most ardent die-hards, it was the version worth purchasing, with the Pro model benefits appearing less important.

This was one of the very best phones you could purchase, and clearly our choice from the larger iPhone 12 lineup. It had basically everything, from the exquisitely boxy body to the brilliant and bright screen, quickest chipset in the business, outstanding cameras, and rapid 5G compatibility.

Some specifications of iPhone 12 model include:

The iPhone X Model was released by Apple on 3rd November, 2017. The iPhone X model, Apple’s major and long overdue revolution, has already been replaced by the iPhone XS model, but users were absolutely blown away by it.

Aside from the notch, of course, getting rid of the recognizable home button and Touch ID sensor allowed for the stunning, full-frame OLED display and brought about navigational changes that quickly became second nature. Fluid and easy gestures like swiping up to go home or sideways on the bottom bar to rapidly switch between apps, as well as iPhone X-exclusive features like Face ID and the Animoji, performed surprisingly well.

Some specifications of iPhone X model include:

The first ever iPhone Model was released on 29th June, 2007. The iPhone Model revolutionized technology and ushered in the era of touch devices, which led to the global sale of billions of modern smartphones and tablets. We find it difficult to overestimate the significance of the original iPhone. Where would iPhones be without it? Undoubtedly, someone else would have developed a capacitive touchscreen phone sooner or later, but would it have been of the same caliber as what Apple demonstrated straight away?

It was quite a difficult task ranking this Model considering it’s status. Well, it’s the foundation of Apple iPhone Models and well deserve the honors.

Some specification of the first iPhone Model:

The iPhone 5 Model was announced on 12th September, 2012. Prior to the release of the iPhone X model, the last iPhone model was the one that, in our opinion, really dazzled us with its introduction and demonstrated Apple’s dominance in the smartphone market. The iPhone 5 model has a fantastic design that dramatically thins the solid iPhone 4 structure while thankfully enlarging the display to proper widescreen proportions.

Importantly, it’s also where Apple adopted long-overdue LTE functionality, giving people the network speed they’ve all anticipated for and the amazing App Store selection. It is known that the iPhone 5 model has held up the best overall when taking into account the general quality of the product, the enhancements from the previous models, and the competition at the time.

Some specifications of the iPhone 5 model:

It is most likely that Apple would look to improve it’s Models in the coming years and they are most likely to surpass all of the already existing models. We are all looking forward to it.

The ranking of the various iPhone Models are, of course, based on Afriqpulsetv’s convictions. Other people might have other opinions based on their experiences. So, this is Afriqpulsetv’s Top 6 Models of iPhones. 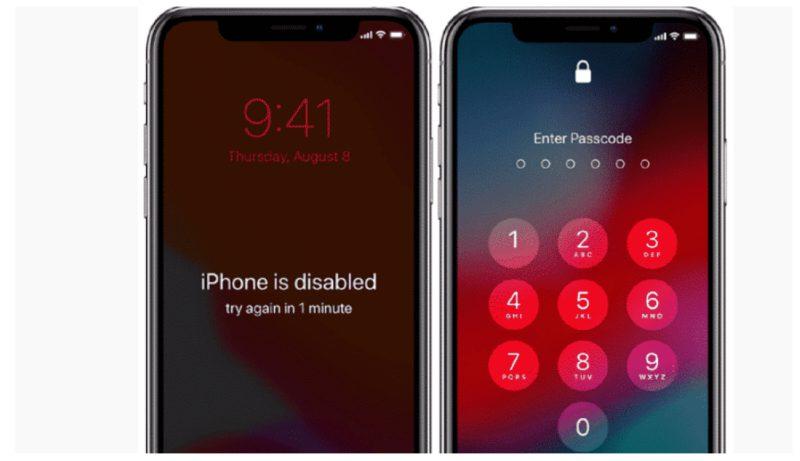 How to unlock iPhone without iCloud or iTunes 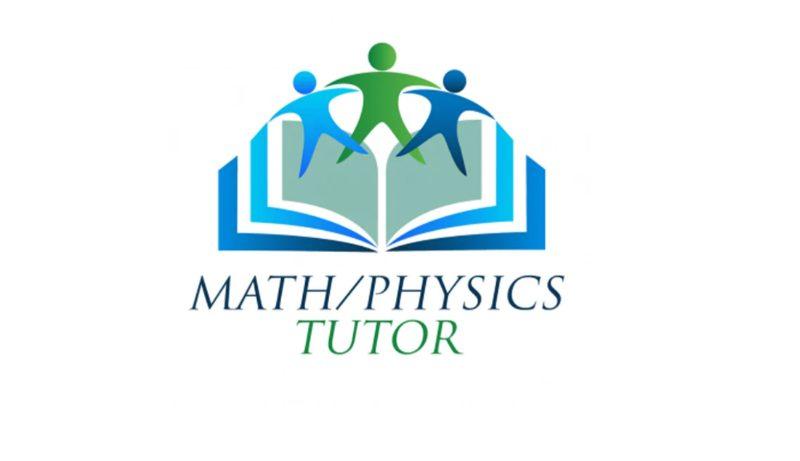 Physics and Math Tutor | How to pursue career in the UK 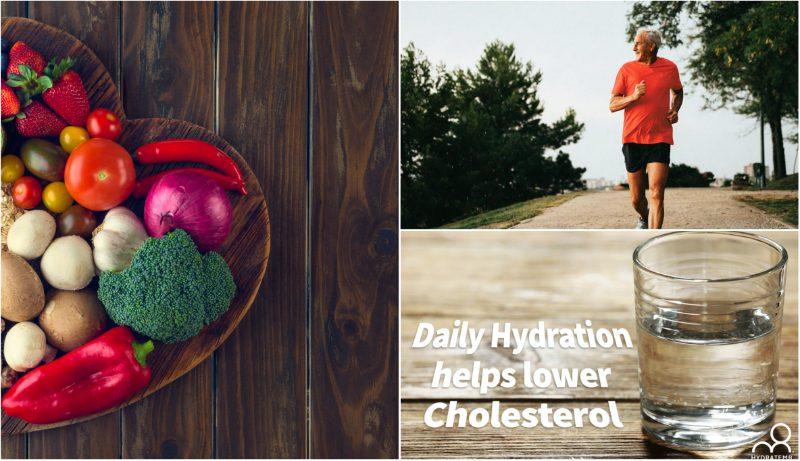 How to reduce cholesterol fast naturally